1: Exxon Mobil combats the “LIES” of the radical anti-fossil fuel extremists,
who by strange coincidence, happen to agree with many industry sources.

2: Several Major Cities downstream from this site.
Drinking water for ~900,000 people may be at risk.

Please also see my prior post on the Mayflower ExxonMobil spill.

1: ExxonMobil gets upset about all the “lies” being told… 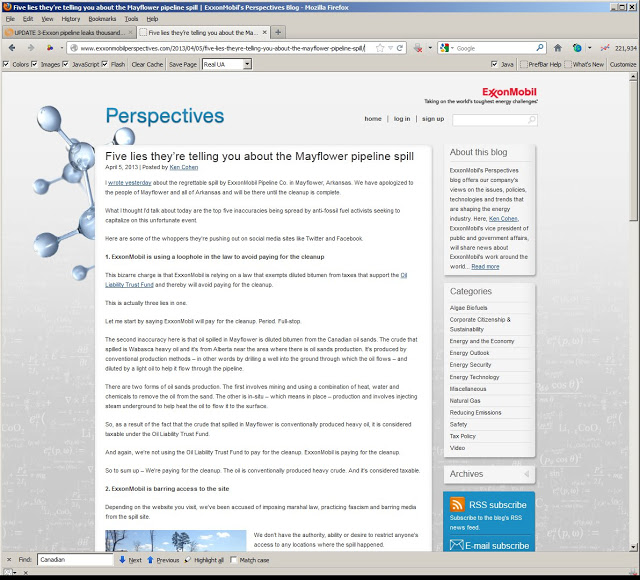 But even the Exxon Mobil PR person seems confused.
It’s a LIE that it’s Diluted Bitumen from Alberta Tar Sands!!!
OK, it’s from NEAR the Tar Sands region.
And it is Diluted. Well, OK it is from Tar Sands. But it is CONVENTIONAL HEAVY CRUDE!! 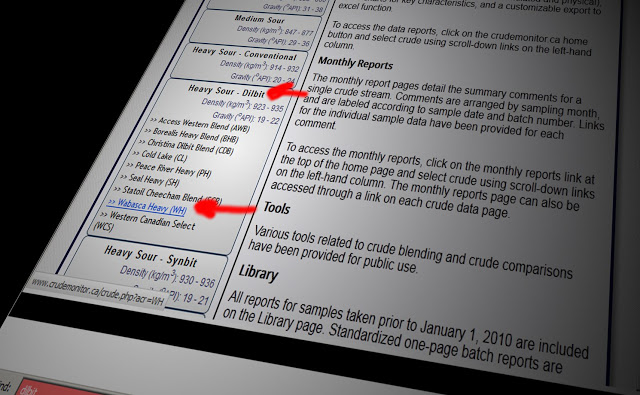 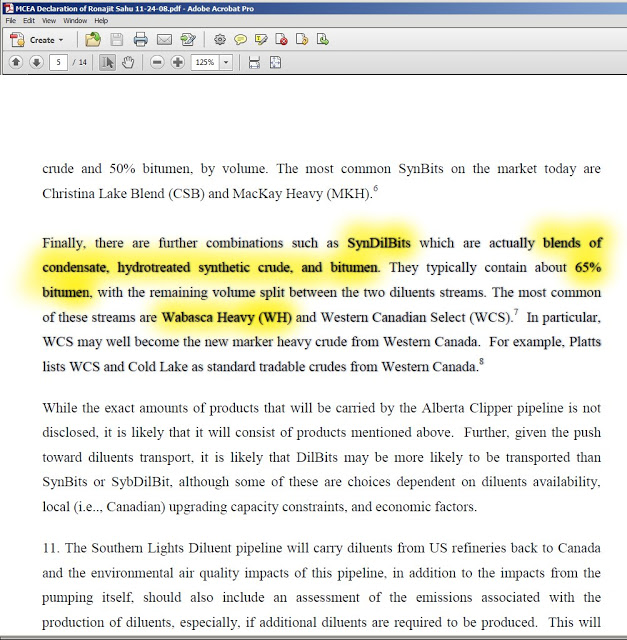 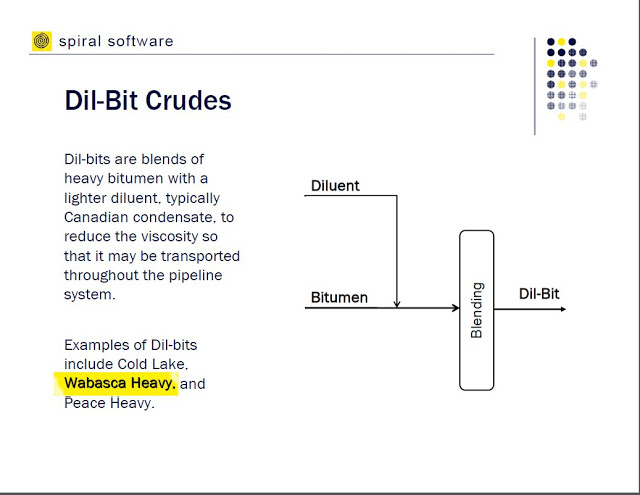 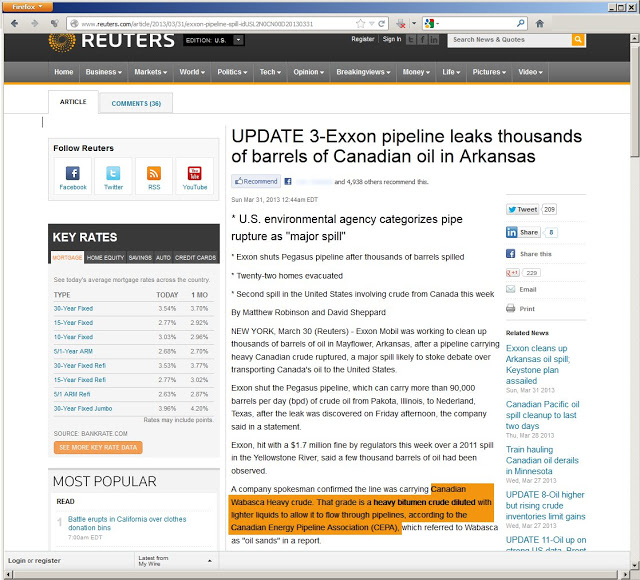 Maybe ExxonMobil is confused about who is lying…. 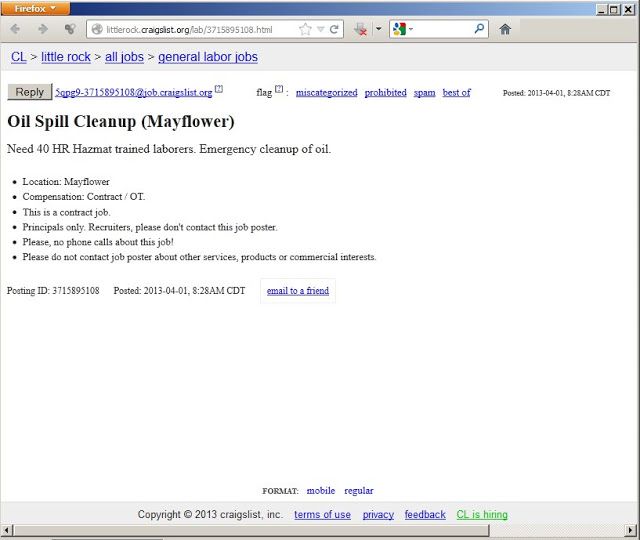 Hey at least there will be JOBS!!!

See also this article from Scientific American which discusses some other issues, including the corrosivity issue discussed on the ExxonMobil blog. 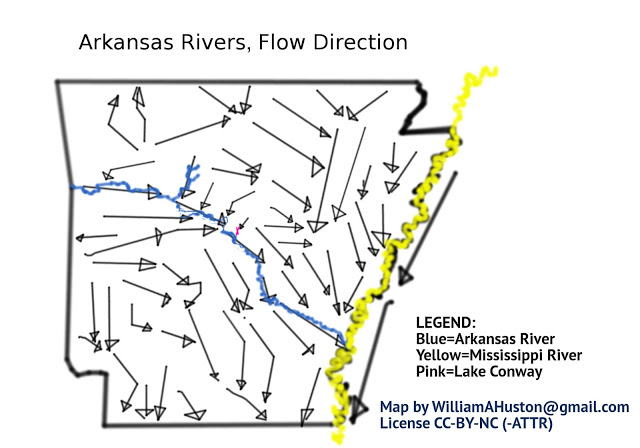 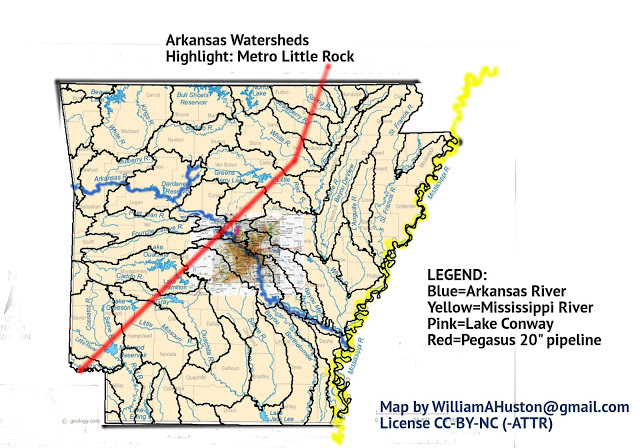 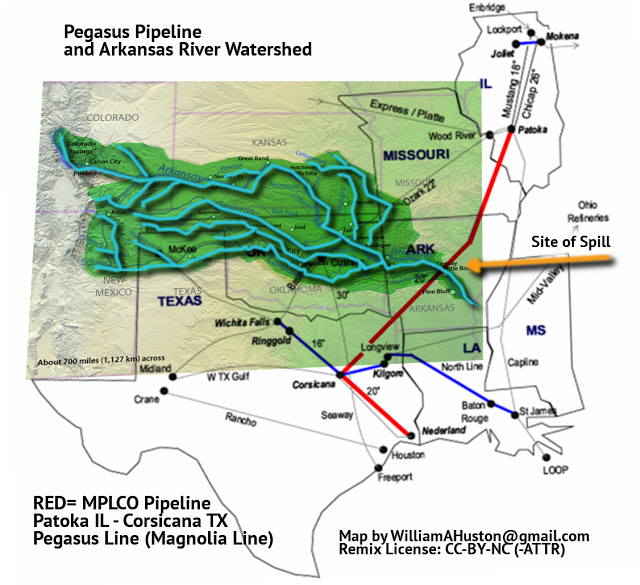 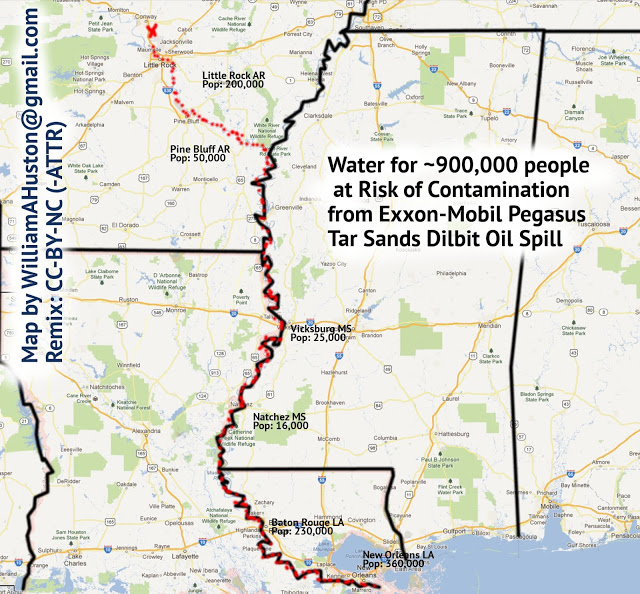 Drinking Water for ~900,000 people at Risk of Contamination

3: ExxonMobil and Georgia Pacific:
an investment match made in H—- ??? 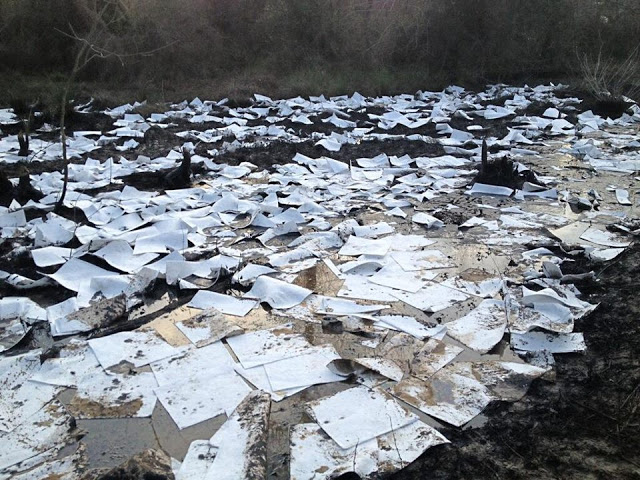 Check if your Mutual Fund includes BOTH Exxon-Mobile and Georgia-Pacific
— makers of Brawny Towels!
made from GENUINE FRESH PULPED FORESTS and cured with CLEAN BURNING NATURAL GAS (from Dimock PA).
G-P makes a good hedge on your ExxonMobil stock.
Part of Koch Industries, Inc., makers of the Tea Party Patriots and ALEC 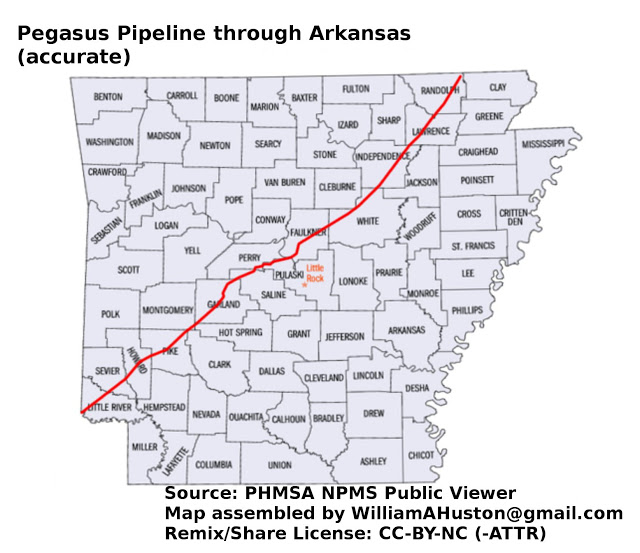 Here it is– the ONLY accurate map of the Pegasus Pipeline
through Arkansas on the Internet.
Painstakingly assembled from the NPMS Public Viewer.
Please resuse any of my content under CC-BY-NC (with attribution).
Commercial License is Available: Please contact me