As Water Protectors at Standing Rock attempted to clear wreckage which had been blocking a public road for a month, they were attacked by a militarized police force which was led by Morton County Sheriff. While the sheriff and his deputies are legally public servants, they have spent the past many months working for private security firms and private business which have moved onto tribal lands (designated by treaty) for the purpose of digging up sacred sites to bury a pipeline. After years and decades of oil pipeline leaks, truck explosions, and other highly destructive ‘accidents’ caused by oil distribution methods, the people are attempting to stop the pipeline from crossing under the Missouri River. They are also claiming rights to the lands, and attempting to protect sacred sites from destruction by these corporate and police state entities.

On 21 November under cover of darkness, police used many of the above mentioned weapons against Water Protectors. Police have repeatedly lied about these attacks, this time claiming they did not spray water on Water Protectors, then returning to defend the use of water as weapon. During this attack, the ambient temperature that night dipped to 18°F, well below freezing, thereby putting Water Protectors in immediate risk of death by hypothermia.

Among the injured was Sophia Wilansky, who was unarmed and, as is true of all other Water Protectors involved, presented no threat to any person. She had her arm blown apart by an explosive device fired by police. Below is the press statement made by the family of Ms. Wilansky as to her injuries and status at this time. 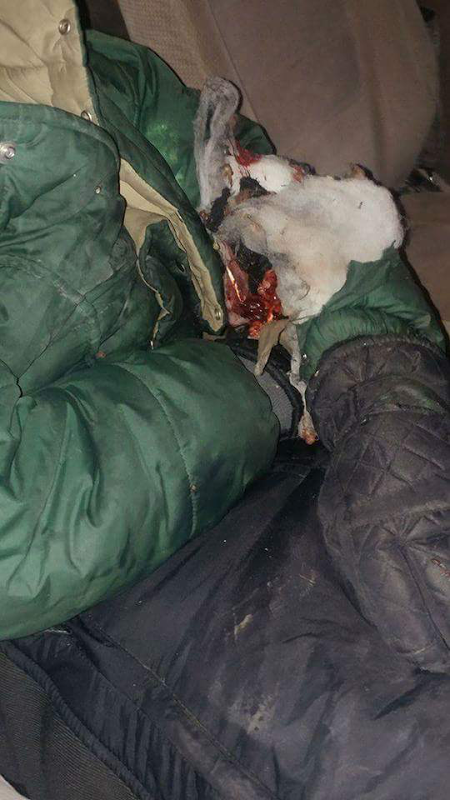 Sophia Wilansky was one of 300 Water Protectors injured by militarized police violence. 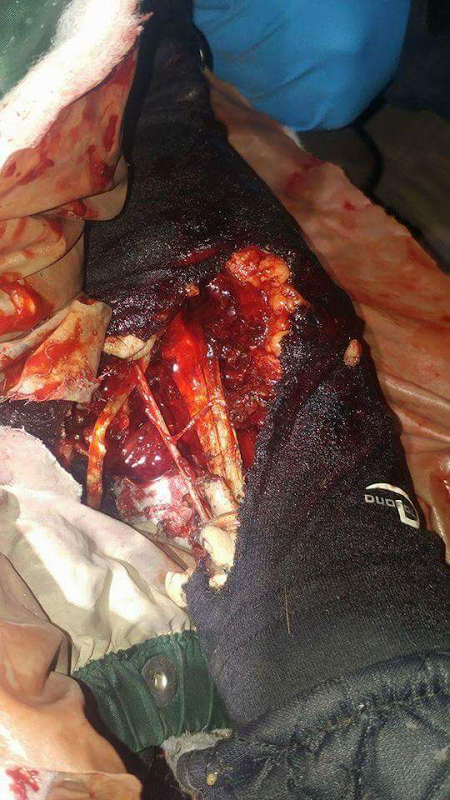 November 22nd, 2016 at 9:00am CST
For Press Conference information contact medichealercouncil@gmail.com
Prepared by Standing Rock Medic & Healer Council at the Standing Rock Dakota Access Pipeline Resistance Camps
On November 21st as a direct result of the violent police response at Standing Rock towards unarmed people opposing the Dakota Access Pipeline, a 21 year old woman from New York City, Sophia Wilansky, was severely injured when a concussion grenade thrown by police hit her left arm and exploded. Sophia was heading to bring water to the unarmed people who were being attacked for several hours by Morton County Sheriff forces. The Morton County Sheriff’s Department has stated that she was injured by a purported propane explosion that the Sheriff’s Department claimed the unarmed people created. These statements are refuted by Sophia’s testimony, by several eye-witnesses who watched police intentionally throw concussion grenades at unarmed people, by the lack of charring of flesh at the wound site and by the grenade pieces that have been removed from her arm in surgery and will be saved for legal proceedings.
Sophia was safely taken out of North Dakota for emergent surgery and is currently in stable condition. Below is her statement as conveyed by her father, lawyer Wayne Wilansky.
“At around 4:30am after the police hit the bridge with water cannons and rubber bullets and pepper spray they lobbed a number of concussion grenades which are not supposed to be thrown at people directly at protesters or protectors as they want to be called. A grenade exploded right as it hit Sophia in the left forearm taking most of the undersurface of her left arm with it. Both her radial and ulnar artery were completely destroyed. Her radius was shattered and a large piece of it is missing. Her medial nerve is missing a large section as well. All of the muscle and soft tissue between her elbow and wrist were blown away. The police did not do this by accident – it was an intentional act of throwing it directly at her. Additionally police were shooting people in face and groin intending to do the most possible damage. Sophia will have surgery again tomorrow as bit by bit they try to rebuild a somewhat functioning arm and hand. The first surgery took a vein from her leg which they have implanted in her arm to take the place of the missing arteries. She will need multiple surgeries to try to gain some functional use of the arm and hand. She will be, every day for the foreseeable future, fearful of losing her arm and hand. There are no words to describe the pain of watching my daughter cry and say she was sorry for the pain she caused me and my wife. I died a thousand deaths today and will continue to do so for quite some time. I am left without the right words to describe the anguish of watching her look at her now alien arm and hand.”
A fund set up by friends and verified to help with Sophia’s recovery is set up here:
https://www.gofundme.com/30aezxs
The Standing Rock Medic Healer Council deplores the ongoing use of violence by the state of North Dakota to address the concerns of the thousands of people peacefully assembled at Standing Rock to insist on the right to clean healthy drinking water.
Water is Life, Mni Wiconi
Signed,
Linda Black Elk, PhD, Ethnobotanist, Sitting Bull College
Michael Knudsen, MPH candidate, Standing Rock Medic & Healer Council
Noah Morris, EMT
Amelia Massucco, RN
John Andrews, RN
Kristina Golden, EMT, herbalist
Sebastian Rodriguez, RN
Rosemary Fister, RN, MNPHN, DNP Candidate
Rupa Marya, MD, DoNoHarm Coalition, University of California – San Francisco
David Kingfisher, MD, JD, Wichita State University
Jesse Lopez, MD, Heartland Surgical Care
Kalama O Ka Aina Niheu, MD, Aha Aloha Aina
Howard Ehrman, MD, MPH, University of Illinois – Chicago
Geeta Maker-Clark, MD, University of Chicago
Elizabeth Friedman, MD
Vanessa Bolin, ALS Paramedic
Contact: Michael Knudsen, Medic Coordinator and Standing Rock Sioux Tribe ethno-botanist Linda Black Elk, PhD – medichealercouncil@gmail.com

Ms. Wilansky’s father, Wayne Wilansky, was interviewed by Paul Blume about the incident, her surgery, current condition, and prognosis.

Check back for updates to this situation, as links will be added for those who have not researched the back story to this most recent attack by police. With permission from the family, photos and video will also be added.